Since Rapides Parish now has an open enrollment system, students have the option to attend any high school in the parish. Choosing a high school is an important decision because it can affect every aspect of a student’s development. Bolton High School is the best choice for those students who are looking for a rigorous academic curriculum, an opportunity to excel in extra-curricular groups, and a diverse, yet unified, student population.

Bolton will send 26 students to the State Literary Rally competition at LSU on April 25. Bolton repeated as the Division 2 Sweepstakes champion for the 34th consecutive year with 22 first-place finishers and 29 top-two finishes at the annual Northwest Louisiana District Literary Rally held on March 7 at Northwestern State University.

The team battled its way to victory throughout the season, earning a spot in the playoffs for the first time in 17 years.

The Lady Bears finished 7-3 on their way to winning the District 3-4A championship for the first time since 2003. They completed the regular season with an 18-9 overall record, earning the No. 11 seed in the Class 4A playoffs, and defeated Morgan City in the first round.

Being the first team in the playoffs in such a long time brought additional pressure to the Lady Bears as they held the weight of the school’s honor on their shoulders.

“It didn’t feel like a lot of pressure until we won district. Then it was like everybody was counting on us,” freshman Sky Montgomery said.

Bolton’s hallways and common areas buzzed with excitement and anticipation the week before the big game. The phenomenon sparked eager conversations in students and faculty alike as they anticipated the results of the school’s next big milestone.

On Feb. 20, the Lady Bears remade Bolton history with a landslide 64-39 win over Morgan City’s Lady Tigers. Juniors Ced’dreeca “Lubell” Chapman and Dymon Drumgo led the way, combining to score 39 points and whisking away any hope the opposing team had of winning. Dymon was the team’s top scorer in the win with 22 points, while Lubell added 17.

Lubell led the Lady Bears in scoring during the run to the district championship, averaging 16.6 points per game. Dymon added 10.3 points per game, while Cha’Nya Slaughter averaged 9.3 points. Senior Liz Mitchell was the team’s leading rebounder at 5.3 rebounds per game and also led the team in assists (2.8) and steals (3.5).

Although the magical season ended in the second round with a loss to Warren Easton, the Lady Bears won the pride and respect of the school. They worked hard to remind everyone why they should remain proud to be a Bear. 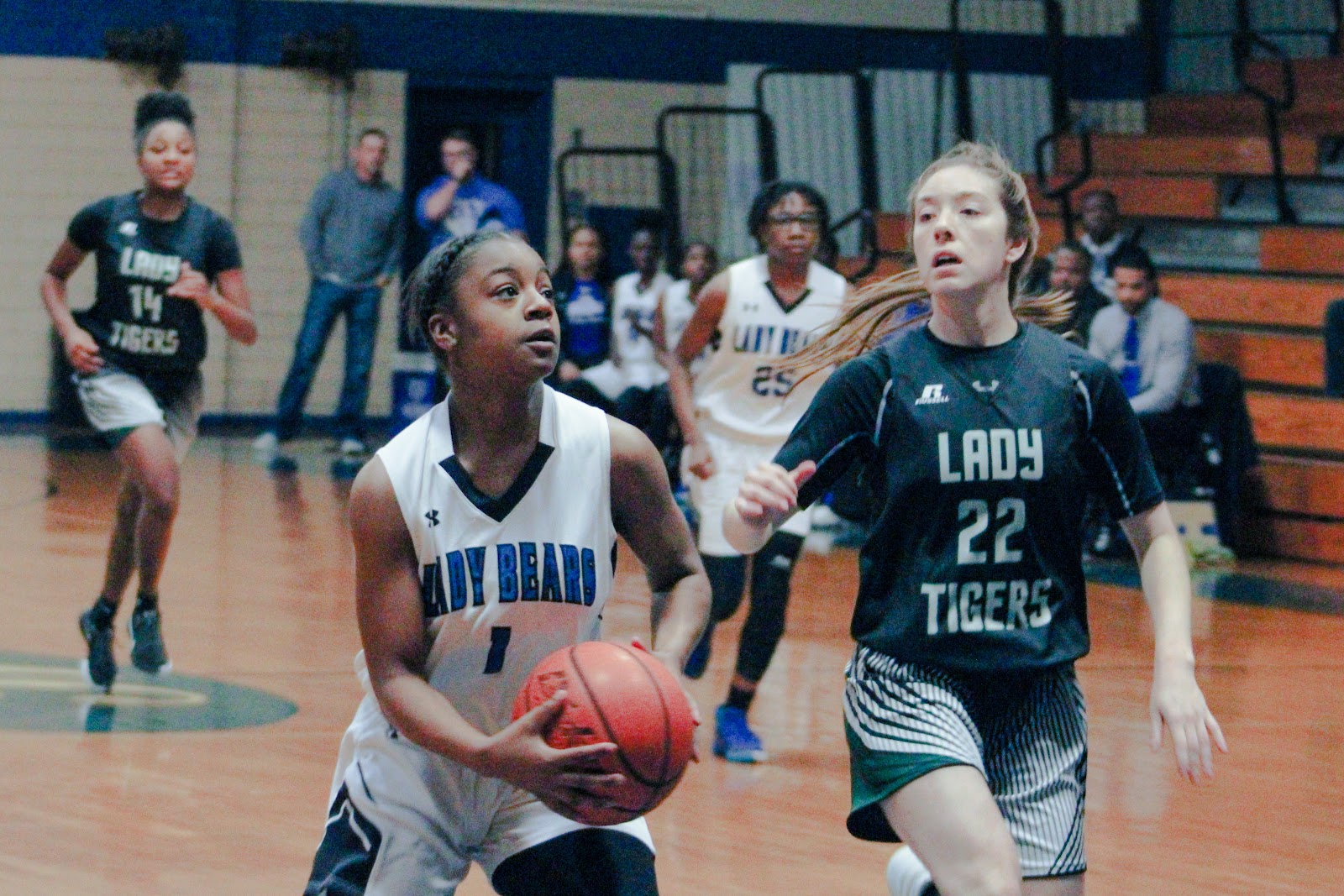 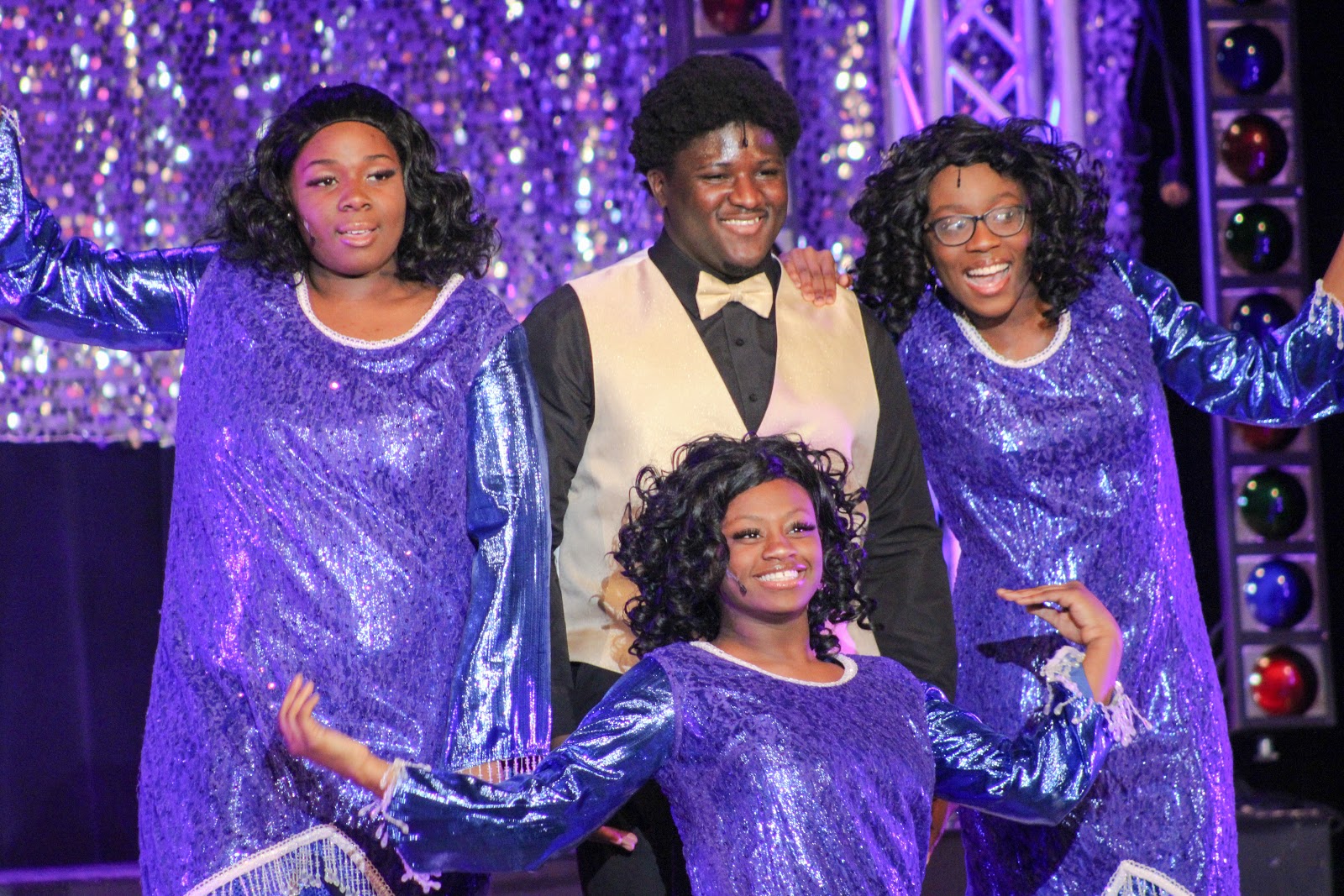 The Bolton Conservatory continued with its inaugural season by presenting its third show, Dreamgirls, from Feb. 27-29.

Dreamgirls takes place in the 1960s and tells the journey of three young women as they experience what it takes to become a star in the music industry. Focusing on a trio of young black females — Effie White, Deena Jones and Lorrell Robinson — the show features a lot of ups and downs.

This show was a new experience for much of the cast, which featured several students who had never touched a microphone or had to memorize dialogue in prominent roles

Freshmen Faith Harris (Effie), Destiny Hagan (Lorrell) and Jaylah Washington (Michelle Morris, who replaces Effie when she is kicked out of the group) all stepped into the spotlight for this production.

“And nothing really bothered me but my songs and remembering them,” Faith said.

Faith starred in the lead role opposite senior Rahima Olatinwo, who played Deena and became the lead singer of “The Dreamettes” (later known as “The Dreams” and “Deena Jones and the Dreams”) after Effie’s removal from the group.

Faith said she had some similar experiences from her time at Alexandria Middle Magnet School, but she admitted that starring in a Bolton Conservatory for the Performing & Visual Arts show was different because she had to memorize so many songs and lines.

It wasn’t just the girls having new experiences during Dreamgirls, though. Senior Travis Taylor also assumed a much larger role than he had previously.

After not auditioning for the first play of the season, The Little Mermaid, Travis played the Wolf in Into the Woods. While that was a minor role, he played one of the male leads in R&B singer James “Thunder” Early in Dreamgirls.

Joining him as a male lead was sophomore Jaden Williams, who stepped onto the Bolton theatre stage for the first time as Curtis Taylor Jr., a hustling car salesman turned music manager who helps “The Dreamettes” achieve stardom.

“Learning the lines is something new that I had to get used to,” Jaden said. “Remembering stuff was a little challenging, but I got that and it was pretty easy.”

Most of the cast cited the songs as the hardest and most stressful part of Dreamgirls, but they were able to power through and put on an amazing show through a lot of hard work and teamwork.

There is one show remaining for the inaugural theatre season. Phantom of the Opera is scheduled for April 16-19.

For The Performing & Visual Arts

Here are the home games and times for the Lady Bears' softball schedule:

Here are the home games and times for the Bears' baseball schedule: